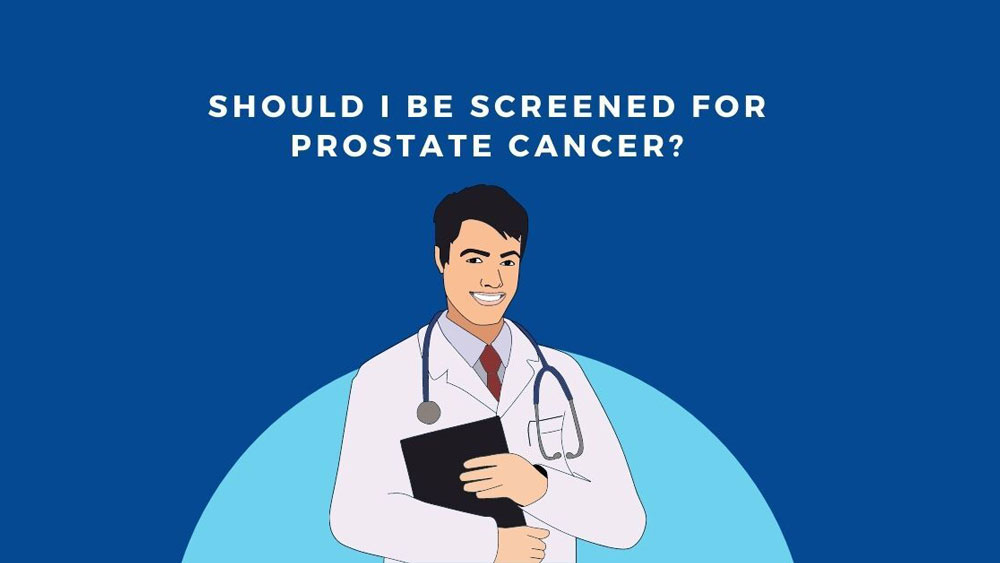 1. If you have an inherited risk for prostate cancer, then regular screening can be life-saving

So, if your father or brother were ever diagnosed with the disease, you’d already have an inherited risk of developing one too.

In fact, the risk could be as much as 2 to 3 times greater if it runs in your family. In other words, if prostate cancer runs in your family, it’s pretty understandable that you should consider getting screened more often than the others.

Prostate cancer usually affects men in their middle age or later. But, unfortunately, all men are at some risks.

According to a new investigation, the number of younger men diagnosed with prostate cancer has increased nearly six times in the last 20 years.

Scientists have also found that it is likely to be more aggressive when prostate cancer occurs at a younger age, and the tumour tends to grow and spread quickly.

Because of its proximity to the bladder and the urethra, most early symptoms of prostate cancer are more or less around a variety of urinary issues.

For instance, urinary frequency wherein someone needs to go to the bathroom more often than usual could be a reason of concern. It may either occur by itself or accompanied by other symptoms such as fever or increased thirst.

Another common urinary issue is the frequent urge to urinate in the middle of the night, and it’s one of the most common reasons why men seek medical help from urologists.

4. Back pain due when cancer spreads to nearby bones in the back

Although back pain is vague and is a common symptom of a variety of diseases, back pain due to prostate cancer occurs when it has spread to the nearby bones.

Studies have pointed to the growing incidence of back pain in patients with prostate cancer.

But, do remember that back pain occurs when prostate cancer reaches an advanced stage. And when this metastasis starts, it affects the bones of the spine, ribs, and hips in particular.

It is important to note that many other conditions share these symptoms. For example, issues with urination are more likely to be raised by BHP or benign prostatic hyperplasia, which is non-cancerous.

But the bottom line of prostate cancer prevention is that when you’re displaying a combination of these symptoms, consult a doctor immediately because prostate cancer remains highly treatable when caught early.

We recommend asking a doctor first before you decide to get screened.